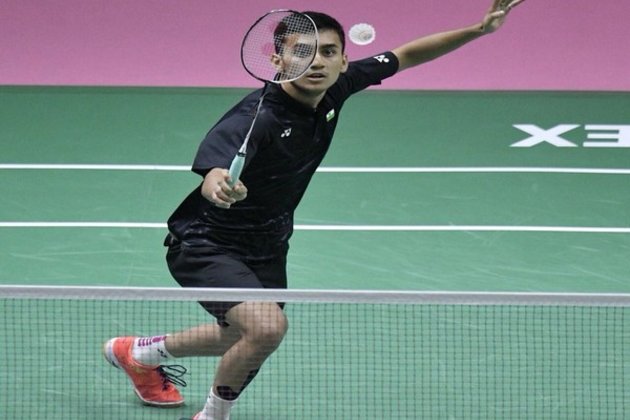 New Delhi [India], January 12 (ANI): World Championships bronze medallist Lakshya Sen cruised past into the second round of the ongoing India Open, which is part of the BWF World Tour 500 tournament series, at the KD Jadhav Indoor Hall on Wednesday.

The Indian shuttler was pushed to the distance in the opening game by Adham Hatem Elgamal but he emerged victorious by 21-15. The Egyptian player in the second game proved no match for the third-seed as the 20-year-old closed the match in just 25 minutes by winning 21-7.

In another men's singles clash, HS Prannoy eased past into the next round after putting a strong performance in the second half of the opener and the second game. The eighth-seed Indian defeated Spanish veteran Pablo Abian by 21-14, 21-7 in 33 minutes.

Earlier in the day, Saina Nehwal also went through to the second round. The Indian shuttler was pushed to the distance in the opening game by Tereza Svabikova but she emerged victorious by 22-20. The Czech Republic player in the second game was forced to withdraw due to an injury.

On Tuesday, Kidambi Srikanth registered a convincing victory in his opening round encounter. In men's singles, Siril Verma threatened to take the match to Srikanth by closing the gap at 9-9 following a slow start. But once the world championships silver medallist stepped on the pedal and began controlling the rallies, the result was a foregone conclusion. Srikanth won by 21-17, 21-10.

Earlier, India's Ashmita Chaliha overcame her own anxiety and a late fightback from her opponent to upset fifth seed Evgeniya Kosetskaya of Russia 24-22, 21-16. (ANI)