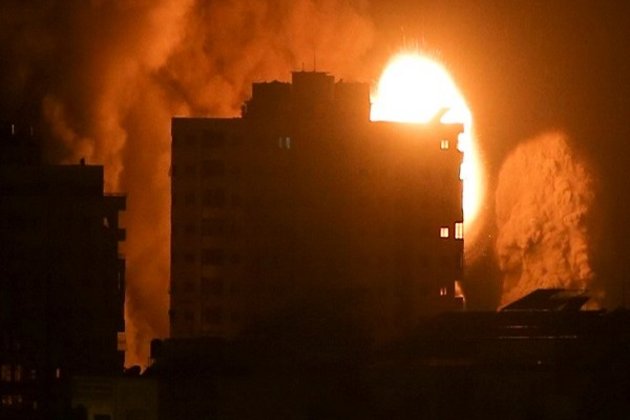 Tel Aviv [Israel], May 18 (ANI): As tensions between Israel and Palestine continue to escalate, the Israel Defence Forces (IDF) said that they have struck nine rocket launch pads throughout Gaza on Tuesday.

The IDF also said it has struck the homes of 12 Hamas commanders in Gaza over the past day, including three this morning, Times of Israel reported.

Fresh rocket sirens were heard in the industrial park south of the city of Ashkelon and in the nearby communities of Netiv Ha'asara and Zikim.

Al Jazeera reported that at least 212 Palestinians, including 61 children have died since the beginning of the violence.

At least 42 Palestinians were reported killed on Sunday in the deadliest single strike.

Israel has said it does not target civilians, and that many of the dead were terrorists or killed by errant Hamas rockets.

Over 3,000 rockets were fired from Gaza towards Israel in the escalating conflict, killing about 10 people in Israel, including two children and an Indian national.

This comes after US President Joe Biden, in a call with Israeli Prime Minister Benjamin Netanyahu on Monday, expressed his support for a ceasefire in the fighting between Israeli forces and Hamas group. (ANI)

Biden to Host Afghan Leaders Amid US Troop Pullout