SANTIAGO -- Some 6.45 million eligible voters in Chile elected mayors, councilors and for the first time regional governors and members of a constituent assembly over two days of polling this past weekend, with many choosing political outsiders and independents over career politicians, election officials said Monday.

The May 15 and 16 elections were a success, the president of the board of directors of Chile's Electoral Service (Servel), Andres Tagle, told reporters at a press conference.

Between Saturday and Sunday, 6,458,760 people went to the polls, or 43.35 percent of all eligible voters, according to Servel data. (Chile-Election)

WASHINGTON -- U.S. President Joe Biden on Monday voiced support for a ceasefire between Israel and Hamas in a call with Israeli Prime Minister Benjamin Netanyahu.

"The President expressed his support for a ceasefire and discussed U.S. engagement with Egypt and other partners towards that end," according to a White House readout of the phone conversation.

Biden "encouraged Israel to make every effort to ensure the protection of innocent civilians," said the readout. (US Israeli-Palestinian clashes)

BRUSSELS -- The European Union has decided to temporarily suspend the increase of its counter measures against the additional tariffs the United States has imposed on the imports of steel and aluminium products, European Commission Executive Vice-President Valdis Dombrovskis said on Monday.

Dombrovskis said on twitter the move, which was taken in an effort to "reboot transatlantic relations", would offer "space to find joint solutions to this dispute & tackle global excess capacity." (EU-U.S.-Tariffs)

UNITED NATIONS -- UN humanitarians said Monday that 208 people were killed and at least 1,500 injured in a week of Israeli-Palestinian hostilities.

The Gaza Ministry of Health reported that 198 people died - including 58 children - and 1,300 injured in seven days of bombardments by Israel, ending at noon local time. Israel reported 10 people killed and hundreds more injured by Palestinian rocket attacks launched from Gaza, the UN Office for the Coordination of Humanitarian Affairs said. (UN-Israeli-Palestinian Hostilities) 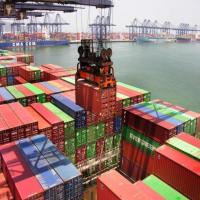 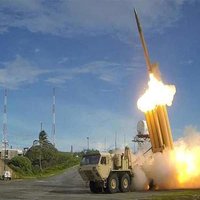 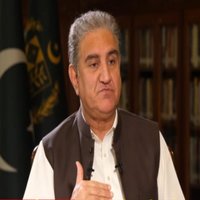